Coca-Cola is reportedly launching its first phones by collaborating with a major phone brand. Coca-Cola is expected to launch its phone in the first quarter of this year. The leaked images of the phone have surfaced on the internet and people believe that it could be a rebranded Realme 10 4G.

A known tipster Mukul Sharma tweeted that Coca-Cola has confirmed the launch of the phone and he also claimed it will be rolling out in the first quarter only. The name of the brand with which Coca-Cola has collaborated is still a secret yet but if it is the Realme 10 4G then it might feature similar specifications.

Mukul Sharma also shared the renders of the upcoming Coca-Cola phone which shows that the phone has a red back panel with a big Coca-Cola branding on it. It also has two big camera rings and one small LED flash. You can even see two volume buttons on the right side of the phone. If it is going to be the Realme 10 4G then let’s have a look at its specifications. 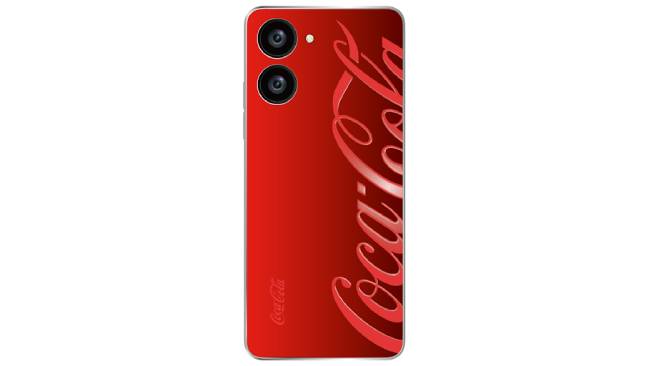 The Realme 10 4G was launched last year in November as a budget phone. It is powered by the MediaTek Helio G99 SoC, paired with an ARM G57 MC2 GPU. It features a 6.4-inch full-HD+ AMOLED display with 90Hz refresh rate support. The display is protected by the Corning Gorilla Glass 5.

It comes with a 50-megapixel dual camera setup and packs a 5000mAh battery with 33-watt fast charging support. The Realme 10 runs on Android 12OS with Realme UI 3.0. The device features a 16-megapixel selfie shooter.